How much should you try and copy professional table tennis players? Their technique is so smooth. The footwork is brilliant. They can generate huge amounts of speed and spin. And they are incredibly accurate and consistent.

Pro players make the game look so easy and so effortless. So if we want to improve, then surely it makes sense to just study and copy what the pro players do?

Well yes and no. There are instances when copying the pros could make you much worse.

Want to become an attacking machine?

For example, here’s a video of Tomokazu Harimoto training. It’s a 2 minute video. If you watch it, pay particular attention to his phenomenal forehand topspins.

When hitting these forehand topspins, Harimoto is using massive waist rotation. You can see the bat backswing is way behind his body. His racket speed is very, very fast. His footwork is lightning speed. He is generating huge amounts of spin. And almost every forehand he hits is on the table.

I’m sure the list could be much longer, but if any of these elements is sub-standard (e.g. same swing, but with a more upright stance), then his shot quality would be less and his consistency would drop.

To play table tennis in this way – and still be very consistent – takes huge amounts of training and physical conditioning, plus the benefit of having a young supple body.

When we amateur players to to emulate such high level technique, but without putting in the same amount of training (which for most of us is impossible as we have jobs / studies / family responsibilities), then consistency can be very low.

And consistency is everything. If you try to copy the forehand topspin technique of Tomokazu Harimoto, but only manage to get 1 in 10 on the table, then it’s not much use.

The one shot you successful execute may be amazing – and get you a few claps and whoops from anyone watching – but if you miss the next 9 attempts, then you’ll be losing a lot more points than you win. So it’s not a good shot.

How much do you practise?

Trying to copy pro players exactly is very hard to do, without putting in sufficient amount of training.

I experience this sometimes in a coaching session. I will be coaching a player who tries to execute wild forehands – big backswings, fast racket speed and lots of physical energy – but miss far more than actually get on the table.

We usually stop and have a chat.

I ask the player why he (it is almost always a ‘he’) plays his forehand topspins like this. The player will reply that this is how Ma Long / Xu Xin / Fan Zhendong / Tomokazu Harimoto (delete as appropriate) does it.

I will then ask the player how often he trains. The players will usually say 2-4 hours per week.

I then highlight how much a pro player trains by comparison and try to convince him that trying to exactly copy the forehand topspin technique of Ma Long (or whoever) may not be very useful.

We then try and tone the technique down a bit. We use some of the key elements of how a pro player may execute a forehand topspin, but not to such an extreme level.

The result is ‘decent’ forehand topspin shot which is more controlled, but far more consistent. A shot which is capable of actually winning more points than it loses.

And I think this is the key for amateur players with limited time to train. It’s great to watch pro players. And we can try to emulate some of what they do, but we need to be realistic about what is possible.

We have to appreciate that the reason pro players are so amazing, is because of the huge amounts of training they do. Without putting in similar levels of training it is hard to play such high level table tennis with any kind of consistency.

So yes, watch pro players. Learn from them. Try to emulate them to some extent. But in general, it is unwise to copy exactly the technique of pro players, unless you are prepared to train like a pro.

2 thoughts on “Copying the pros can make you worse” 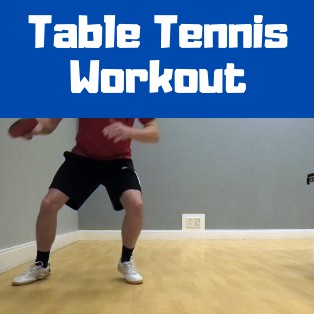