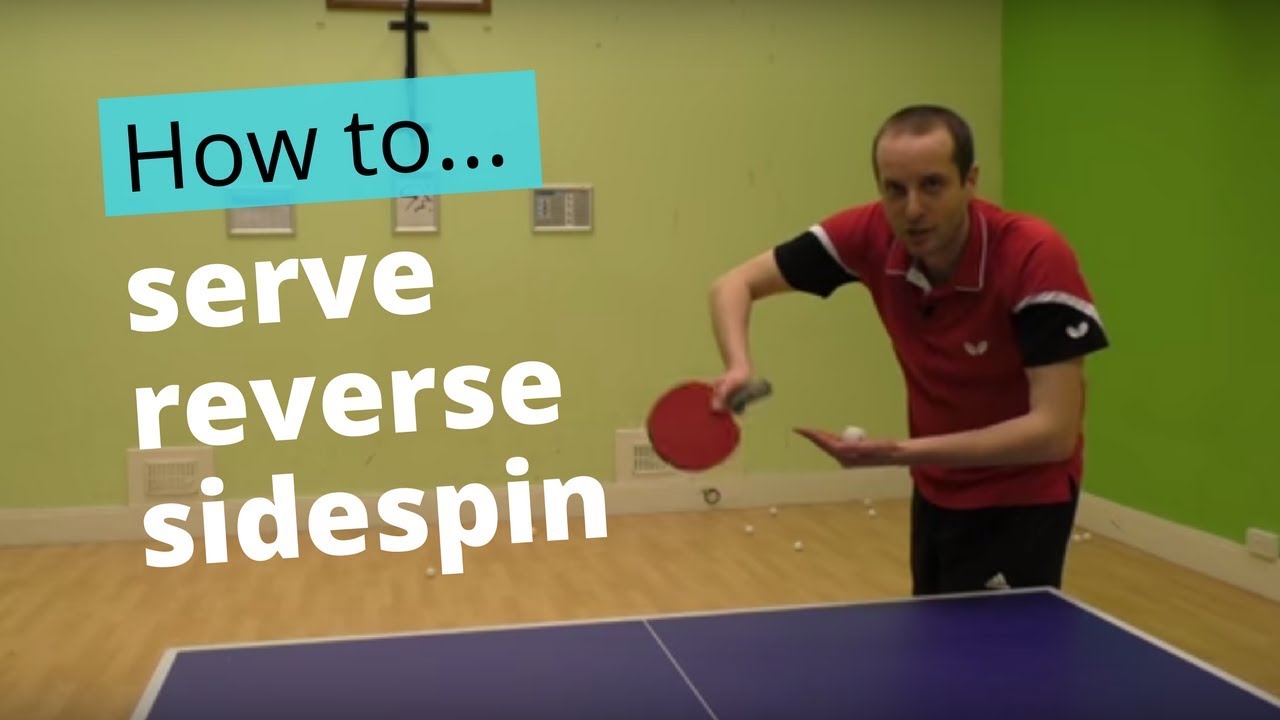 One of my favourite serves is the reverse sidespin serve. It’s very effective against some opponents, who simply don’t know how to return it. But even if my opponent can return the serve, the ball is often returned in a predictable way, which gives me an opportunity to play a strong forehand attack for the 3rd ball.

But it is a tricky serve to learn. I think it took me about a year just to get a basic reverse sidespin serve working in practice. It then took me another year to use it effectively in match-play.

Maybe I’m just a slow learner, but I found it hard because the bat is moving in the opposite direction to the other serves I do. So when I first tried to do the motion, it just felt really awkward. I kept missing the ball and even when I was making contact, I couldn’t get much spin. But with a lot of practise I got there and now it’s a very good serve for me.

A legitimate question you may ask at this stage is this…If a reverse sidepin serve is so tricky to learn, why bother? Why not just do a backhand sidespin serve instead, which will generate the same sort of spin?

For me, the reverse sidepsin serve has a surprise factor against opponents up to a certain standard. Players are just not sure what the service action is, what spin is on the ball and how to return it. So you get lots of missed returns or weak returns which are easy to attack. So even though the serve is tricky to learn it can be very effective.

So here’s my video lesson. In the video, I will show you how to do the reverse sidespin serve and explain the best positions to serve to.

2 thoughts on “(Video) How to do a reverse sidespin serve”

Watch 100+ table tennis lessons (for free!) from myself and other coaches on my popular YouTube channel.