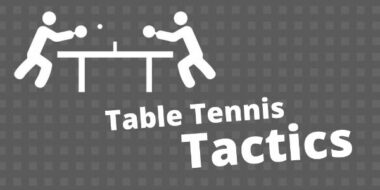 Some players have a very strong side (i.e. forehand) and a relatively weak side (i.e. backhand). They are often called ‘one-wing attackers’, as they will only attack with their strong side. Most commonly, the strong side is the forehand. We’ve all faced this type of opponent. No matter where you put the ball, they seem to be able to attack with their strong side. Play the ball to their weaker backhand, they step around and whizz a forehand past you. Try to catch them out with a ball to their wide forehand and they quickly step across and whizz another ball past you. Here some tactics to beat this type of player… Keep reading