Some players at the beginner and intermediate levels try to emulate more advanced players (and even professionals) by always trying to hit the ball with lots of power. In some ways I can understand why. If you hit the ball really hard and it goes on the table, you have a very high chance of winning the point. Plus it’s really satisfying to do.

If you often try to hit balls really hard – but miss way more than you get on – then it’s not much use. And worse still, a focus on power will probably prevent you from developing many other areas of your game.

Rather than focus on power, beginner and intermediate players should focus mostly on spin, speed (taking the ball early) and ball placement. This will help develop a consistent game which is capable of winning points, without the need to play high risk power shots.

Let’s start with spin. Every shot we play in table tennis has spin, but from my experience of amateur table tennis it is heavy spin which causes the real damage and wins points. Light spin is easy to deal with. Lower level players can handle light spin. Heavy spin is a game changer. Whether a loop, a flick, a lob, a chop or a push, if you really increase the level of spin, you will win extra points.

Heavy spin shots are harder for your opponent to return. It requires a higher level of skill to control heavy spin. Often heavy topspin shots are blocked off the end of the table. Heavy backspin shots are returned into the bottom of the net. At lower levels, the placement doesn’t even have to be that good. It’s the heavy spin which wins the point.

I’m really putting the emphasis on ‘heavy’ spin. To generate heavy spin you need to brush the ball with fast racket speed. That’s the simplest way of looking at it. How you use your body, how you transfer your weight and how you swing for the ball, will all contribute to the amount of spin you can generate. But don’t overcomplicate this. Brush the ball with a fast racket and you can generate heavy spin with many shots – loops, flicks, lobs, pushes and chops.

You can play many shots with early timing – drives, flicks, blocks, pushes and counter-topspins. My personal favourite is a block. My opponent hits a big topspin attack. I stay close to the table and with a short stroke and minimal physical energy, I block the ball early – as it is rising. The ball is returned fast. My opponent has little time to recover. The ball whizzes past him for a winner. There is nothing more satisfying!

And you can tailor your ball placement depending on the strengths or weaknesses of your opponent. If you observe that your opponent has a strong forehand but weak backhand, then target your shots to the backhand. If your opponent doesn’t move very well, then playing wide shots or shots at his elbow are going to cause lots of problems.

With consistently good ball placement, you really don’t need to hit the ball very hard. The ball placement itself does the damage, forcing your opponent to make mistakes or play weak shots. And the best part? You can use good ball placement with every shot you play – your serve, return of serve, push, flick, drive, topspin etc.

If you get good at playing with spin, speed and ball placement, you will find that you don’t really need to use many powerful shots to win points at a social level or even a local league level.

James Ward, my team-mate for a few years in the Cambridge league, was completely dominant in the top division. I think he only lost two matches in four seasons. But I rarely ever saw him hit the ball with maximum power. He didn’t need to. Most of the time he played with heavy spin and excellent ball placement. This was enough for him to dominate at local league level.

If you aspire to play at a more advanced level than local league – or even become a professional – then power will become more important. But the players at this level didn’t start out by hitting the ball with huge power. They learnt how to spin the ball and how to place the ball effectively. They learnt to play consistently and gradually developed power over a long period of time.

If you are at beginner stage, or stuck at an intermediate level, just forget power shots for the time being. Get good at spin. Get good at playing quick shots. Get good at ball placement. All this will help you win lots of points. You can work on playing with power later. 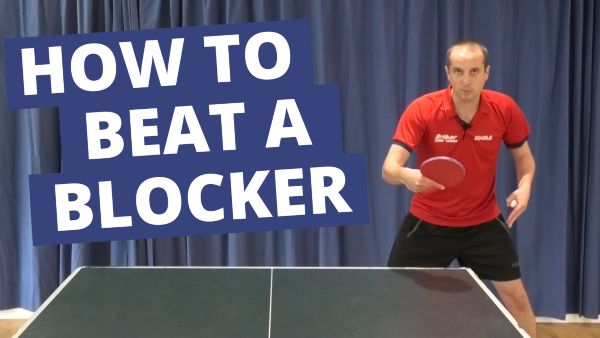 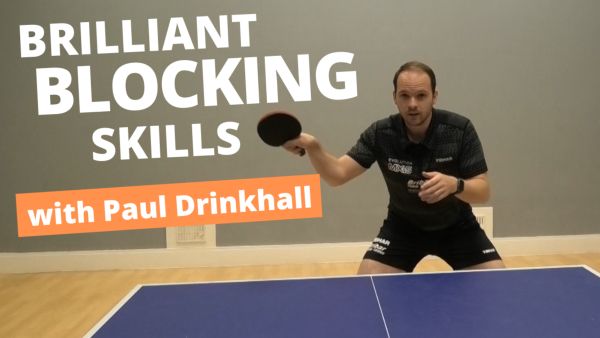