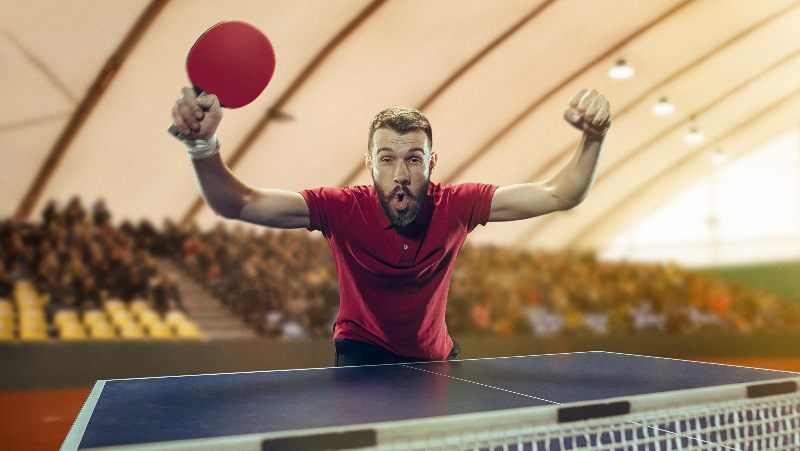 I have a table tennis problem (yes, I know, I have many). But this one is really holding me back. In competitive matches, I often start far too cautiously. I adopt a ‘wait and see’ approach. Let me wait and see how good my opponent is and how dangerous his shots are and then I can work out how to respond.

Against weaker players, I can usually get away with this approach. But against stronger players, I find myself two games down before deciding I need to play more positively. By this time, it is really hard to change course. My opponent has all the momentum and I have to dig deep to make a comeback. The comeback rarely happens.

Most table tennis rallies are very short. The point is often over in the first few shots. Serve, return, attack, done. The point is won. Of course, some points do have longer rallies of 7, 8, 9, 10 or more shots. But these points occur less often. Table tennis is high-paced and frantic and the rallies are mostly short.

Therefore you need to assert yourself on your opponent as quickly as possible in each point. How do you do this? Let’s look at how you can dominate your opponent in the first five shots of each rally…

Are you serving to the best of your ability? Are you really trying to put your opponent under pressure with strong spin and tight placement? In competitive matches, when there is a little tension, it is very common for serves to become weaker. A little less spin. A little too bouncy. Short serves drift long. Long serves fall short.

The return of serve

Go for a strong attacking shot – a topspin or flick – aimed in the backhand corner, forehand corner or crossover position. You let your opponent know that you will punish weak serves. This adds extra pressure to your opponent and makes him worry about your attacking quality.

What if your opponent has a very good service game? It may not be possible to attack strongly. But if you can keep the ball low over the net and place the ball well, you can neutralise the server’s advantage. Your opponent may get frustrated that his serves are not setting up easy points. He starts to worry that his service game is ineffective. You have put doubt in his mind again.

Let’s go back to your serve. You have done a high quality serve. Your opponent returns the serve, but in a predictable way. What do you do next? Play a passive shot, e.g. a push or block? Play a controlled attack? Or play a strong attacking shot?

If you want to assert yourself on your opponent – give him something to worry about – you should try and play a strong attacking shot. Your opponent has returned your serve in a predictable way. Take advantage. Play with strong speed, spin or power and aim the ball into the corner position or crossover position.

Show your opponent that simply returning your serve is not good enough. Anything weak or predictable will be punished. This again gives your opponent something to worry about. It adds extra pressure to your opponent. If he doesn’t return your serve well, you will end the point with a 3rd ball attack.

I think you know the answer by now! You have an opportunity to make the first strong attacking shot in this rally, so take it.You don’t have to blast your opponent’s head off. But you do need to commit to the attack, ideally with strong speed and spin and accurate placement.

Once again, you put your opponent on the back foot. You give him something to worry about. If he doesn’t attack you early, then you will attack him first. You set the tone. You are the positive player at the table. You will take advantage of any passive shots.

And finally, the 5th ball attack. You have served well. The ball comes back. You have played a decent 3rd ball attack. The ball comes back, but it’s soft. It’s a little high, a little short and it’s in your hitting zone. By now, I don’t think I need to tell you what to do. Yes, that’s right, you attack again. Can you finish the point on this shot? If you play with strong speed and spin, you have a great chance.

But let’s look at what has happened in this rally. You have dominated throughout. Strong serve? Yes. Strong 3rd ball attack? Yes. Strong 5th ball attack? Yes. It is one-way traffic. Your opponent is just reacting to your positive play. You are in an attacking flow. Your opponent is just worried about how he can contain you. The match is yours to win.

These first five shots in table tennis are vital. The higher the standard you play at, the more important they become. If you can consistently get on top of your opponent in these first five shots – make the first high quality attacking shot on the table – then you really do give him something to worry about.

What about me? It’s all very well talking the talk, but can I walk the walk? Well that’s my goal over the next few months. I really want to abandon my ‘wait and see’ approach and start every match with more attacking intent. Can I give my opponents something to worry about, rather than me worrying about them? I hope so!

If I can make this work – dominate my opponents in these first five shots of a rally – I am going to win many more points. I will report back on my progress.

I want you to try it too. Sure, you will make mistakes along the way. But the more you do it, the better you will get at it. Are you worried about your new attacking approach? No, but your opponents should be very worried! Let’s play! 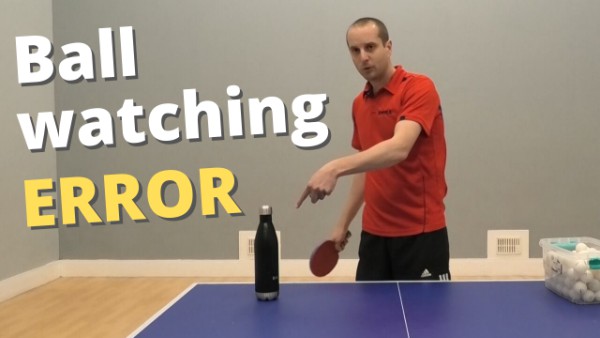 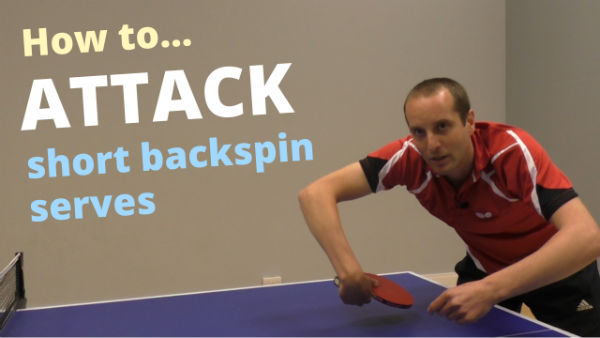