Over the past few weeks I have been trying to win some competitive league matches with my weaker left hand. In my first league match, I won 2 and lost 1. Not a bad start. Was this just a fluke? Or could I win more matches in my second league match? Here’s my match report…

Injured by a toddler and a potato

My day did not start well. My youngest child is nearly two years old and a little sh*tbag quite unruly. The terrible twos have started early with him. He is also quite solid – a chunky little monkey. Whilst attempting to pick him up during one of his rages, I managed to hurt something in my lower left forearm.

I didn’t think about it much at the time, but as the day went on, the pain increased. This was not ideal. I was due to play in a couple of hours and my left arm was in quite a bit of pain. It was too late to pull out. Plus I was the designated driver for the team. If I didn’t play, then there was no match. So I reached for the painkillers, swallowed a couple of pills and tried to ignore the pain.

Then, as I was preparing dinner, I somehow managed to get potato juice in my eye when peeling the spuds. Actually I seem to do this quite often. If anyone has a good tip for peeling potatoes safely, please do let me know.

Anyway, now my left eye was red and itchy and half closed and my left wrist was in pain. I was not in good shape for the league match. But I got in the car, picked-up my team-mates and got to the venue. I hit a few balls with my backhand. Not too much pain. Then I hit a few balls with my forehand. Ouch. A lot of pain. But at least my eye was fully open and not itching anymore!

My first match was against a long pimples attacker. He is a actually a friend of mine and we have played together many, many times. He is horrible to play against – always twiddling, varying the speed, spin and timing of his shots and he uses his long pimples in unpredictable ways. He is a nightmare (in the nicest possible way of course!).

I find him a difficult challenge when using my right hand, so I knew this was going to be really hard with my left hand.

I lost the first game 11-7. I was too tentative against float balls – just gently guiding the ball back, allowing him to play shots which put me under pressure. With shots coming at awkward angles, my limited footwork and bat angle control were exposed. But the good news was that my left arm felt OK. The adrenaline had kicked in, which was masking the pain.

In the second game, he eased off a little. Maybe he felt sorry for me. He made a few unforced errors and allowed me to attack a bit more. This was more like it. I won the second game 11-7. Could an upset be on the cards?

After losing the second game, he refocused, improved his level and beat me quite easily. He disrupted my rhythm and used all his long pimples and twiddling tricks to make me play bad. As his confidence grew he started to spin the ball with heavier topspin. With my right hand I can control this topspin. With my left hand I don’t have the flexibility or the touch to control the bat angle and absorb the topspin energy. My attempted blocks kept going too high or off the end of the table.

This was a better match for me. His playing style was more conventional – an open topspin style. This is my comfort zone. I was able to attack more with my forehand and use my blocks and ball placement to force mistakes.

My cross-court forehand attacks were working well and winning many points. But I struggled to attack down the line. I can’t quite get the body and wrist position right. This is an area of improvement for me.

I took a 2-0 lead, playing the best table tennis I have ever played in any of my left handed matches. Again, my left arm felt OK. I was getting some pangs of pain, but I didn’t feel hampered when playing.

In the third game I lost a little focus and my opponent improved and played with more confidence. Why does this so often happen? I take a 2-0 lead and then switch off. It happens enough that I should be alert to it, but still I allow myself to ease off too much. It’s an annoying habit.

The fourth game was tighter and I could feel myself starting to get a little edgy. A couple of good serves at 7-7 gave me a two point advantage and I was able to finish off the game.

My final match was against another conventional playing style. But this opponent was quite crafty, being able to vary the spin, speed and placement quite well. It was another opponent I have known for many years, so it was a fun and friendly encounter (but I really wanted to win!).

I was very focused to start with. I played lots of forehand attacks and even moved into my backhand corner to play forehands. This was my sixth left handed match, and this was the first time I was able to execute this footwork movement.

I took a 2-0 lead, playing very well again and much more positively then any of my other left handed matches.

In the 3rd game, I eased off once more and lost. What is wrong with me? I really have to stop doing this. My easing off coincided with my opponent improving and what was a comfortable match for me, was now much closer.

The 4th game was tight. Once again I started getting a little edgy and made some attacking errors. At 6-6, I tried to compose myself and went back to basics. I just tried to place the ball well, with decent speed and this was enough to force some errors. 10-6 to me and four match points.

I missed three match points. I don’t really recall how. It’s all a bit of a panicked blur.

My fourth match point was the best rally of the match. We both played good attacks and blocks, but I managed to force my opponent back from the table. He stretched out to retrieve my latest attack and mishit the ball. It went high into the air, but I could see it was going to land on my side close to the net and then bounce back over. I quickly rushed around the side of the table and smashed the ball before it was out of reach. I won the point and the match – 11-6, 11-5, 9-11, 11-9. But ouch, ouch ouch. In the process of playing that final shot I planted my foot awkwardly and now my left foot was in pain!

I was happy to get another two wins. Overall in my two league matches I won 4 and lost 2. I was greatly encouraged by my final two matches, when I really felt I played a lot of technically decent forehand attacks.

I have many areas where I need to improve. The priorities are generating more spin when serving, developing  a reliable backhand flick, playing my forehand attacks down the line, blocking heavy topspin and all aspects of my footwork.

But all of this will have to wait. When I returned to coaching the following day, I was hobbling with my left foot injury and my left arm was giving me quite a lot of pain. Even though I was coaching right handed, I still needed my left hand to toss the ball. But even this hurt a lot.

Two weeks later and my foot is OK, but my left arm is still really quite painful. I have swelling in my lower forearm. My best guess is that I have injured a tendon, which may take a few weeks to heal. I have to rest my arm, which means no more left handed matches or practice for a while.

I am typing this article one handed and trying to do as much as possible in daily life one handed. Including picking up my angry-chunky-monkey-nearly-two-year-old child.

Fortunately I have a spare right hand, which can sometimes be half-decent at table tennis. 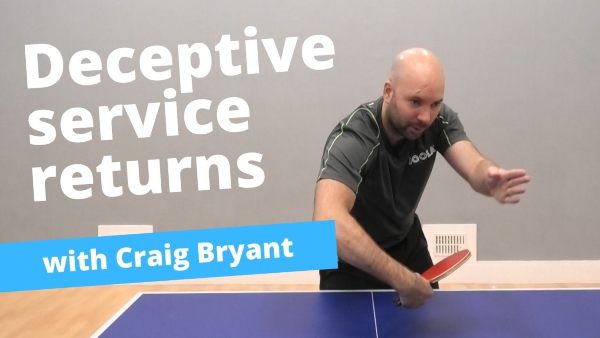 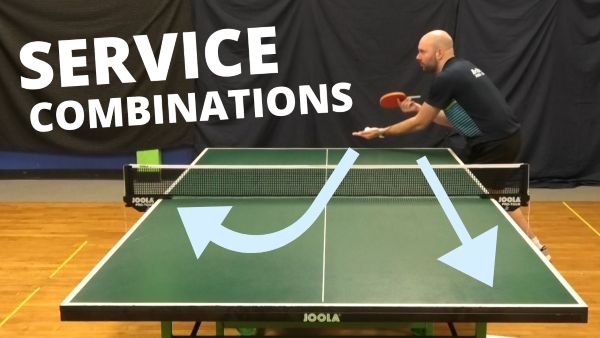