During this time, we have won 51 matches and drawn 3, across 4 different divisions.

It’s been a fantastic run, but the frustrating thing is that we had our chances last night. We could have kept the unbeaten run going for longer.

Our opponents were St Neots 1. They’re the top team in the Cambridge league. They have won Division 1 for as long as I can remember and haven’t lost a match in the last three seasons either.

Then it was my turn. I was up against Shaun Murray, a strong defender with a big forehand hit. The first game was bad, as I struggled to adjust to the pace of the ball coming off his pimples and lost easily. In the next two games I was much more competitive, but missed attacks at key points. I lost 3-0.

Next up was Yordan, against their number 1 player, Daniel Fielding. Yordan was causing Daniel all kinds of trouble with his tricky serves, sharp pushes and fast blocks. Daniel won the first. But Yordan won the second 11-3. The next two games were 13-11 and 19-17 to Daniel, but Yordan had game points in both. Another day Yordan would have won. A missed opportunity.

My turn again. And what a disaster! This match is going to haunt me for a while. My opponent was Keith McConnell. I won the first 2 games and was 5-0 up in the third. And then I switched off. In my mind I had already won and was starting to think about my next match. Stupid me. Keith won the next 5 points and went on to win the 3rd game 9-11.

In the next game, I had match-point, the ball popped up high and, and, and…..

In truth, I never really recovered after missing the match point. I started the decided game badly. I was still thinking about my missed match-point! Keith opened up a 7-2 lead. I managed to get back into the game, but I was too far behind and lost.

The evening didn’t get any better for Yordan and I. We lost all of our matches. It’s the first time either of us has lost all three in years. Only James was able to get wins for the team. James is ranked in the top 100 in the England, and it shows. The quality and consistency of his topspins are a level up from Yordan and I (and anyone else in the Cambridge league). It’s great to have James in the team, as we are all learning from him, and he wins all his matches!

A frustrating result. I should have beaten Keith. Yordan had a great chance to beat Daniel. And we also had our chances in the doubles match. Another day it could have been 6-4 to us. But well done to St Neots. They were worthy winners. And no shame losing our unbeaten run to the best team in the league.

Our challenge for the return fixture next year we be to end their 3 year unbeaten run. 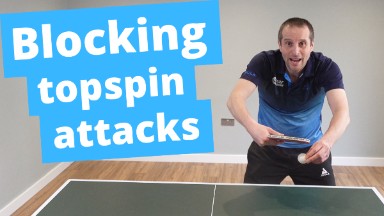