Without doubt, this has been my busiest table tennis year. I’ve coached more hours than ever before, played in two different leagues and written 40 articles for my website. I even found time for a trip to Vienna to learn from one of the world’s top coaches. With so much going on, I thought I’d share some of things I’ve been up to, including a farcical coaching accident, losing a league title and becoming slightly obsessed with Chinese table tennis players.

The perils of coaching

In 2015, I did around 300 hours of 1-to-1 coaching with 30 different players. Most of these players are based in Cambridge, although I did have a player travel from Saudi Arabia for some intensive coaching over 3 days. His motivation? He wanted to beat his friend! That’s table tennis dedication.

The youngest player I coached was 10-years-old and the oldest player 82-years-old. I love coaching older players, as it gives me great optimism for the future. I’m constantly reminded that it doesn’t matter how old you are, you can keep on playing, improving and learning new skills. If an 80-year-old can learn to play forehand topspin, anyone can.

What do players I coach want to learn? This obviously varies depending on standard, goals and playing style. But I seem to help a lot of players with both forehand topspin vs backspin and backhand topspin vs backspin. They struggle against the type of player who pushes a lot and want to know how to beat them. What else? I’ve spent a lot of time showing players how to return long, fast sidespin serves – this seems to be something many players struggle with. And I spend quite a bit of time on improving serves, service strategy and 3rd / 5th ball attack.

But coaching can be a dangerous activity, if you’re not careful. I found this out, as I made my way to a coaching session in August. I was cycling on my spare bike, which doesn’t have a basket. So I carried my box of balls in a bag, balanced off my handlebars. As I sped along the river path, watching the rowers grunt past, my bag of balls started swinging left and right. Eventually, the bag got caught in the spokes of my front wheel and sent me flying over the handlebars. 140 table tennis balls went everywhere and I landed with a thud on the hard concrete. A kind jogger stopped and helped picked up the balls, as blood flowed from my hand and knee. There was to be no coaching that day. Instead I spent the morning in A&E getting stitches put in my knee. What an idiot!

As well as coaching, I’ve been busy playing local league table tennis in Cambridge. Our team had a successful year, winning division 3 without losing a match. I had my best ever season, with 44 wins from 45 matches.

I’ve been working hard to improve my backhand attack, trying to develop from being a one wing attacker to a two wing attacker. Progress certainly hasn’t been linear. Sometimes it feels like one step forward, two steps back. But overall I’m feeling much happier with my backhand game and I’m confident I’m moving in the right direction.

I’ve also been working on improving my return of serves. I spent four very enjoyable days at the Werner Schlager Academy in Vienna in May, focusing entirely on service and receive. And I got some extra help from ex-England player Mark Mitchell during the summer. I still have plenty of improvement to make, but feel my receiving is on an upward curve and will soon be adding an extra couple of points to each set I play.

I also played in the Ely league for the first time, where our team finished second in division 2 by an agonising one point. I only intended to play a few matches to fill in when the team were short of a player, but ended up paying most matches. Again, I only lost one match all season, but I had to concede two matches against players I was likely to beat. Had I played those matches we would have finished first. Damn! But sometimes table tennis just isn’t that important. The reason for conceding the matches? My pregnant partner called me during the match as she was experiencing stomach pains. I rushed home and off to hospital we went. Thankfully, everything was ok, and six months later our beautiful baby girl was born. I’m sure in the future, when she is all grown up, I will find plenty of opportunities to remind her how her mischievousness in her mother’s stomach cost our team the league title!

When not coaching or playing table tennis, I try to make time to watch the professionals in action. And this year I’ve been watching a lot of the top Chinese players. Aren’t they amazing? Both male and female Chinese players have won all the major titles. Ma Long has been in fine form, winning the World Championships and Men’s World Cup. He will be favourite for the gold medal in the men’s singles at the Rio Olympics in 2016 and surely no one will be able to beat the Chinese in the team events. But if you can’t beat them, you may as well try and join them – read my top tips for playing like the Chinese.

The next generation of Chinese players are quite tasty too. In particular, Liu Dingshuo looks like he will be a future star after his straight sets win in the World Junior Table Tennis Championships. But European table tennis is becoming more professional and there is a lot of excitement about young Swedish player Anton Kallberg. So maybe it won’t be that long before we begin to see a European table tennis revival.

In England, Paul Drinkhall and Liam Pitchford continue to lead the way. Both players have been in the world top 50 this year and will hope to continue this success in 2016. Drinkhall and Pitchford were involved in a classic match at the 2015 English Table Tennis Championships – the 4th consecutive final between the pair. But there are plenty of promising youngsters coming through, so they may have to work harder to make it to a 5th final in 2016. English table tennis is on the up!

I just love this video from Table Tennis Daily. It features the top 10 craziest points from 2015. Prepare to be amazed! 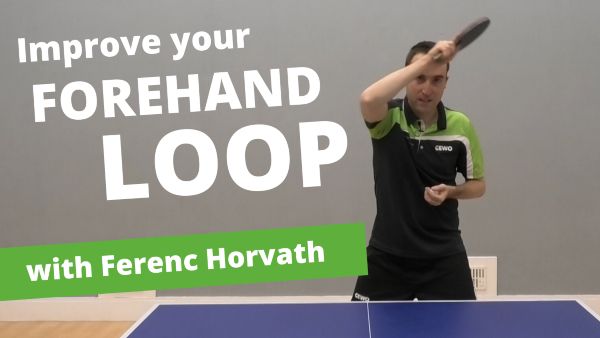 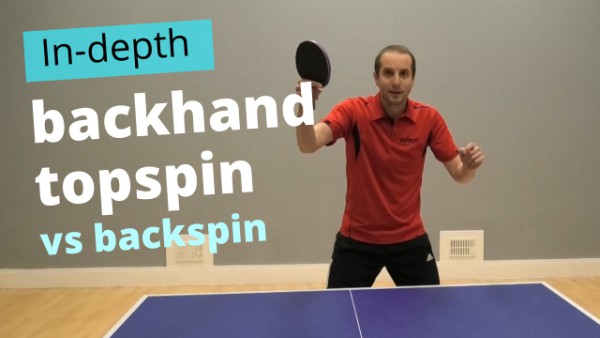